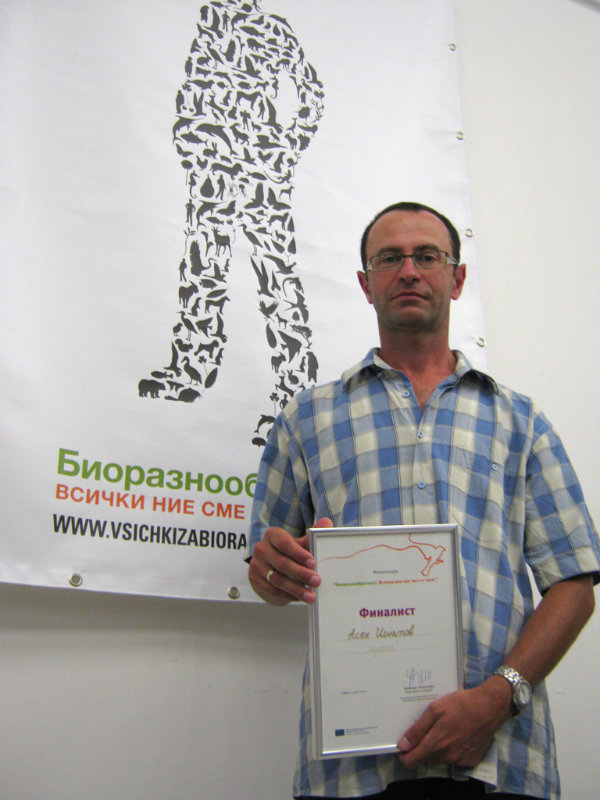 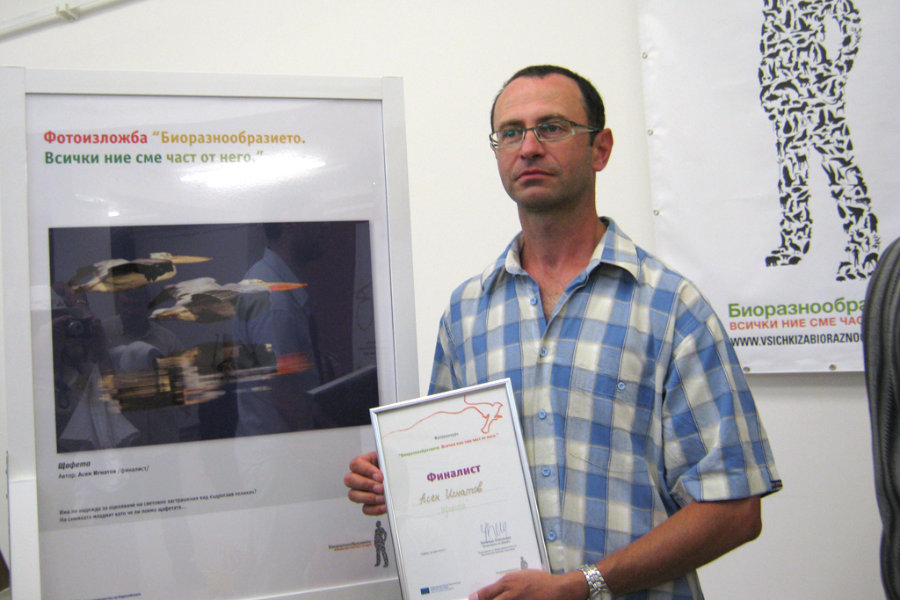 The artist-photographer of the NMNHS, Assen Ignatov, won a prize of the contest 'Biodiversity — we are all part of it' (c) NMNHS The artist-photographer of the NMNHS, Assen Ignatov, won a prize of the contest 'Biodiversity — we are all part of it' organised by the EC Representation in connection with the International Year of Biodiversity — 2010.

The finalists received certificates on 15 July, in a formal ceremony held at the gallery of the Academy of Arts. Their works were displayed in a temporary exhibition, which will tour other cities in the country. To participate in the competition 115 artists from across the country were allowed. Of 305 photographs, the jury, chaired by Zinaida Zlatanova, Head of EC Representation in Bulgaria, has selected 12 finalists, among which was 'Relay' by Assen Ignatov.

This is a second prize received this year by our talented photographer. In April, another photograph was awarded a Special Prize of the Dupnitsa Municipality at the First International Photo Salon 'The Wild 2010', held under the patronage of Federation internationale de l'Art Photographique (FIAP).