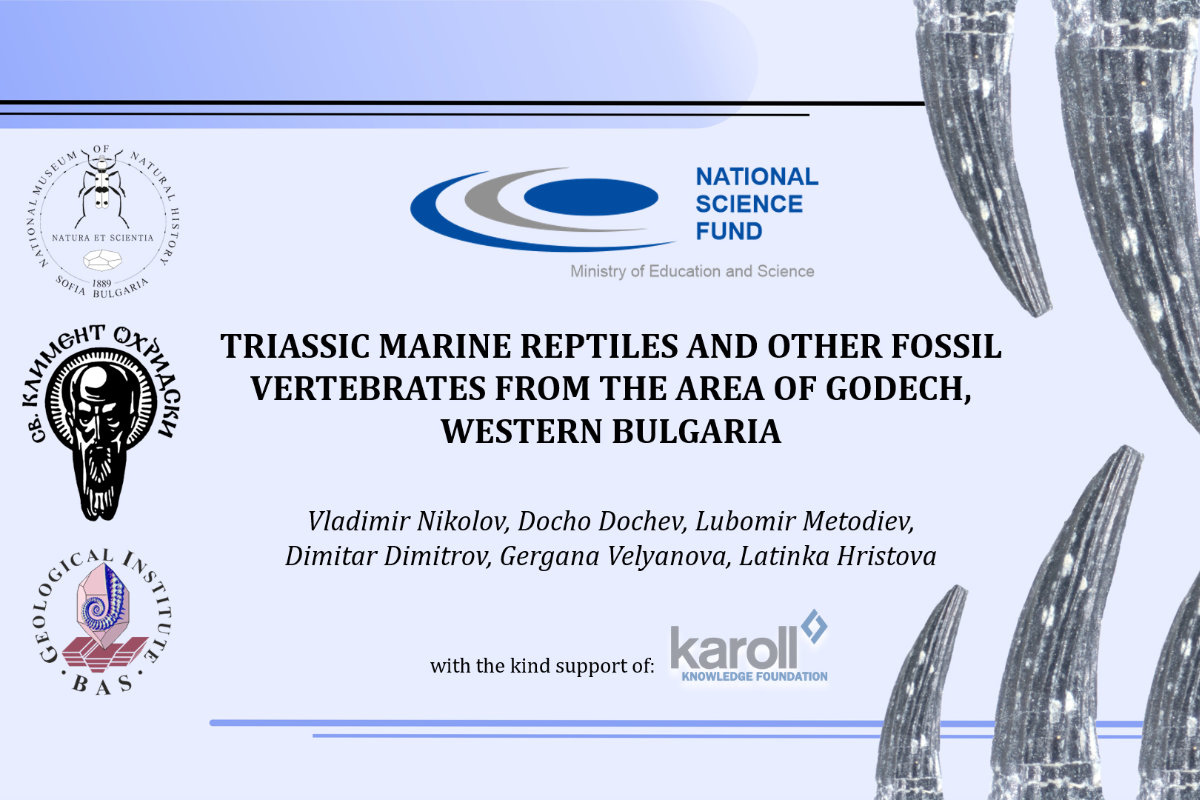 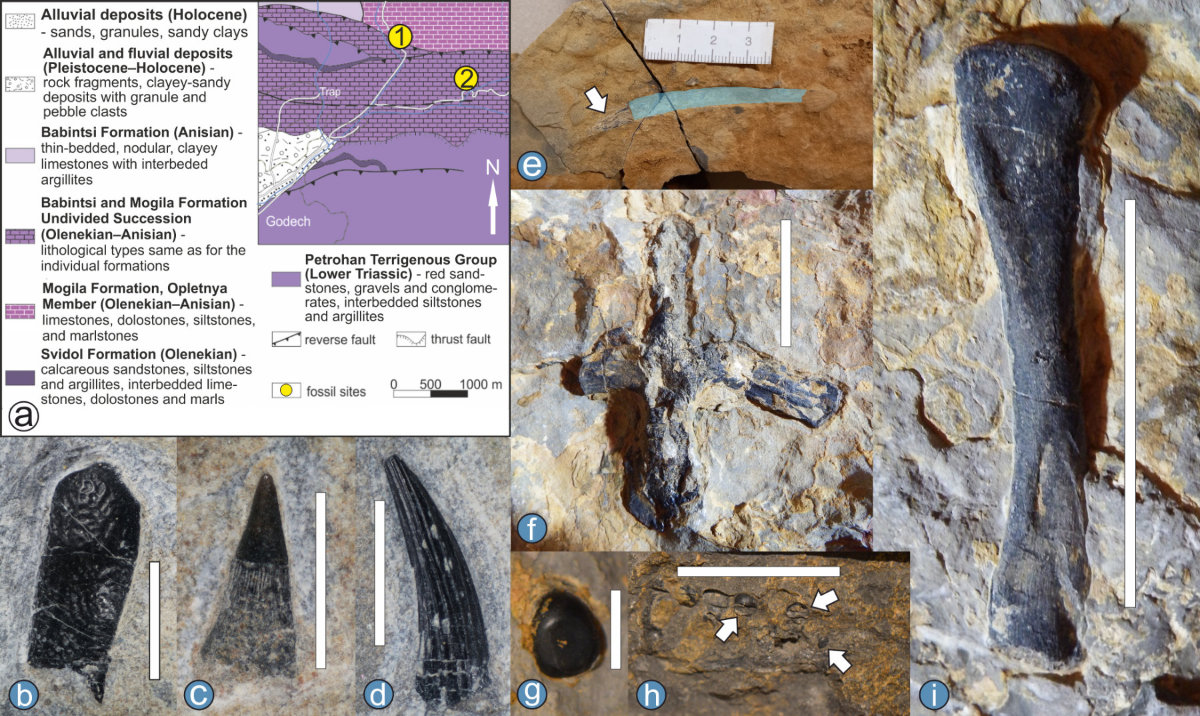 The National conference with international participation Geosciences 2021 was held online on 9th and 10th of December. There, the palaeontologists Assist. Prof. Latinka Hristova and PhD student Vladimir Nikolov from the National Museum of Natural History — BAS, along with their colleagues Assist. Prof. Docho Dochev and undergrad student Gergana Velyanova from Sofia University, and Assoc. Prof. Lubomir Metodiev for the Geological Institute — BAS, presented before the Bulgarian geological community unique for the country, 245 million years old remains of marine reptiles discovered near the town of Godech, Western Bulgaria. Until now, no fossils of marine reptiles were commonly known to have been found in Bulgaria. The Triassic period (from 252 to 201 million years ago) was a period of Earth history when reptiles underwent quick evolution and enjoyed exceptionally wide diversity, both in terms of body forms, and of ecological adaptations. The absence of fossils from these animals in the Bulgarian fossil record has always been a bit odd.

The unusual fossils were first discovered by the local palaeontology enthusiast Dimitar Dimitrov, who, after realising the scientific importance of his finds, quickly notified the palaeontologists at the Museum. The palaeontologists visited the area of Godech, where they were led to the fossil site by Mr Dimitrov himself. In a gesture of gratitude for his contribution, Mr Dimitrov was invited to be a co-author of the conference paper that is now announcing the discovery. He enthusiastically helped with the preparation of the paper.

Among the various vertebrate fossils discovered near Godech there are teeth from a nothosaur and also from a placodont, the latter being weird turtle-like marine reptile, which fed on hard-shelled invertebrates like bivalves, gastropods, and brachiopods. Additionally, the palaeontologists have collected fish teeth and scales. Some of these belong to hybodontiform sharks, while others are from an osteichthyan fish, most probably representative of the genus Saurichthys. However, the most impressive finds are those of skeletal elements like vertebrae, ribs, and a femur of a marine reptiles. Unfortunately, these most interesting fossils, at least for now, are not available for further examination by the scientists.

During the research process the palaeontologists stumbled on data indicating an earlier account of marine reptiles from Bulgaria, unknown to local researchers. Turns out that decades ago, a partly preserved skeleton of the reptile Nothosaurus giganteus was found near the town of Belogradchik, Northwestern Bulgaria, in 245 million years old rocks. The fossil specimen was later donated to the State Museum of Natural History in Stuttgart (Staatliches Museum für Naturkunde, Stuttgart), where it resides to this day. The accidental discovery of this poorly known specimen paints the fossil material from the area of Godech as only the second documented case of marine reptiles in Bulgaria. The sedimentary rocks which preserve the studied fossils have wide spatial distribution in our country, which gives the palaeontologists the confidence to think that in actuality the truly interesting discoveries are awaiting to be made.

The Godech fossils rise some important questions regarding the notably positive role that amateurs have played in the study of Mesozoic vertebrates in Bulgaria, all the while underlining the necessity of scientifically important fossil specimens to be preserved in public scientific collections, where they will be available for research by palaeontologists. Additionally, the field work that took place in the summer of 2021 and had brought to light the herein reported fossils continued to positive practice of undergrad students with interest in palaeontology being involved with actual scientific work. This is now a trend that Latinka Hristova and Vladimir Nikolov hope to become a tradition.

Vladimir Nikolov, who presented the results of the field work at the conference Geosciences 2021, was awarded for 2nd consecutive year the young scientist award “Prof. Jivko Ivanov”. The award is given by Murgana Geological Consulting Ltd.

The full text of the conference paper is freely accessible online.