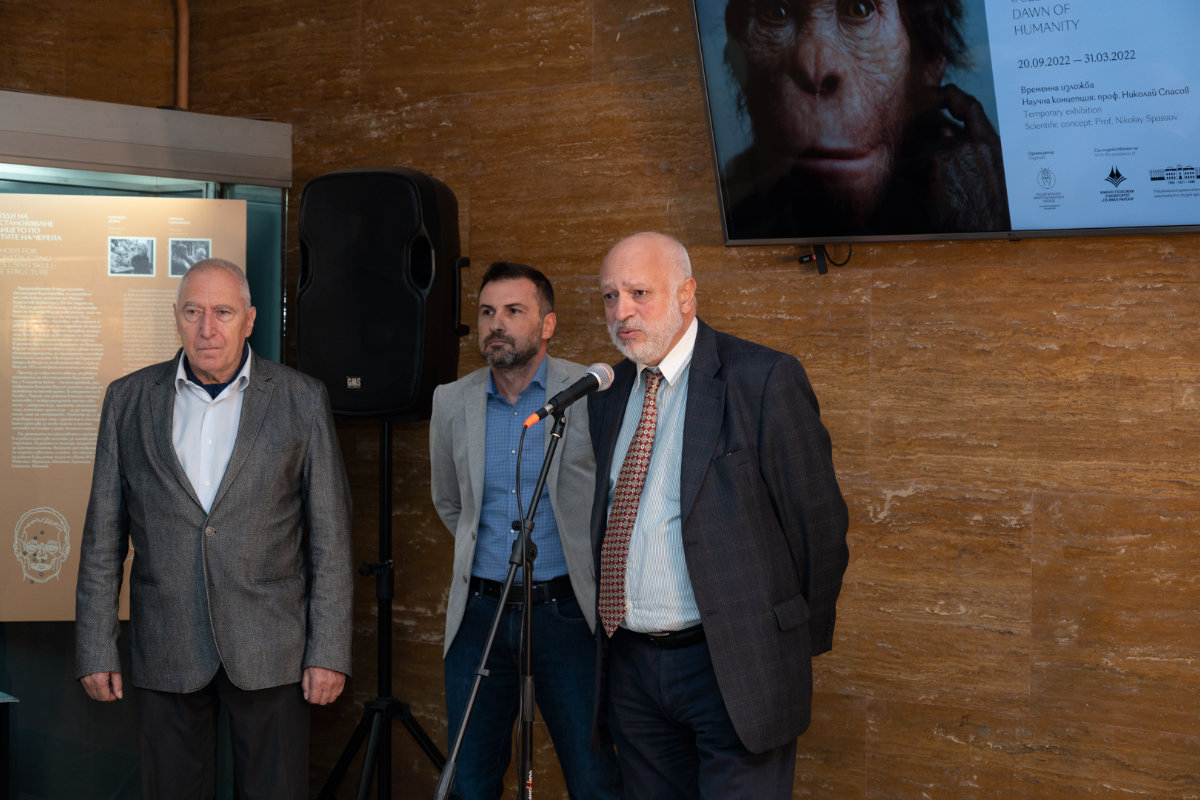 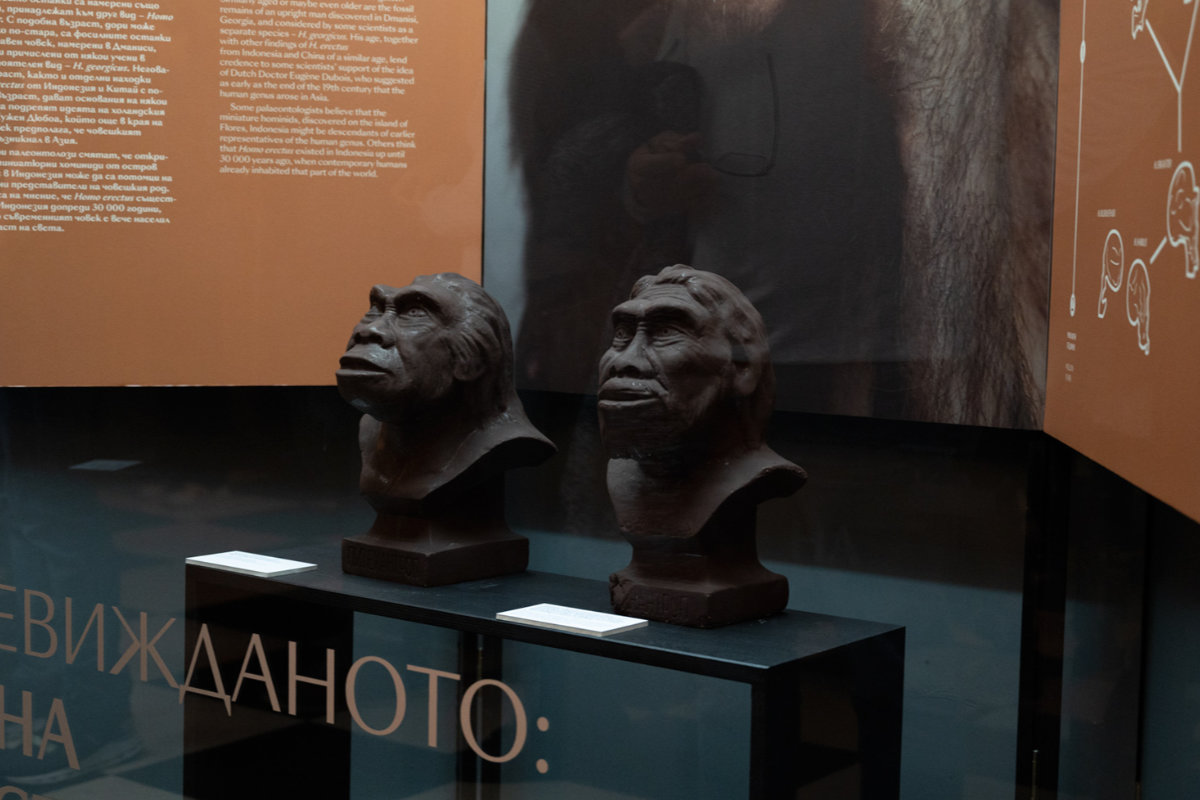 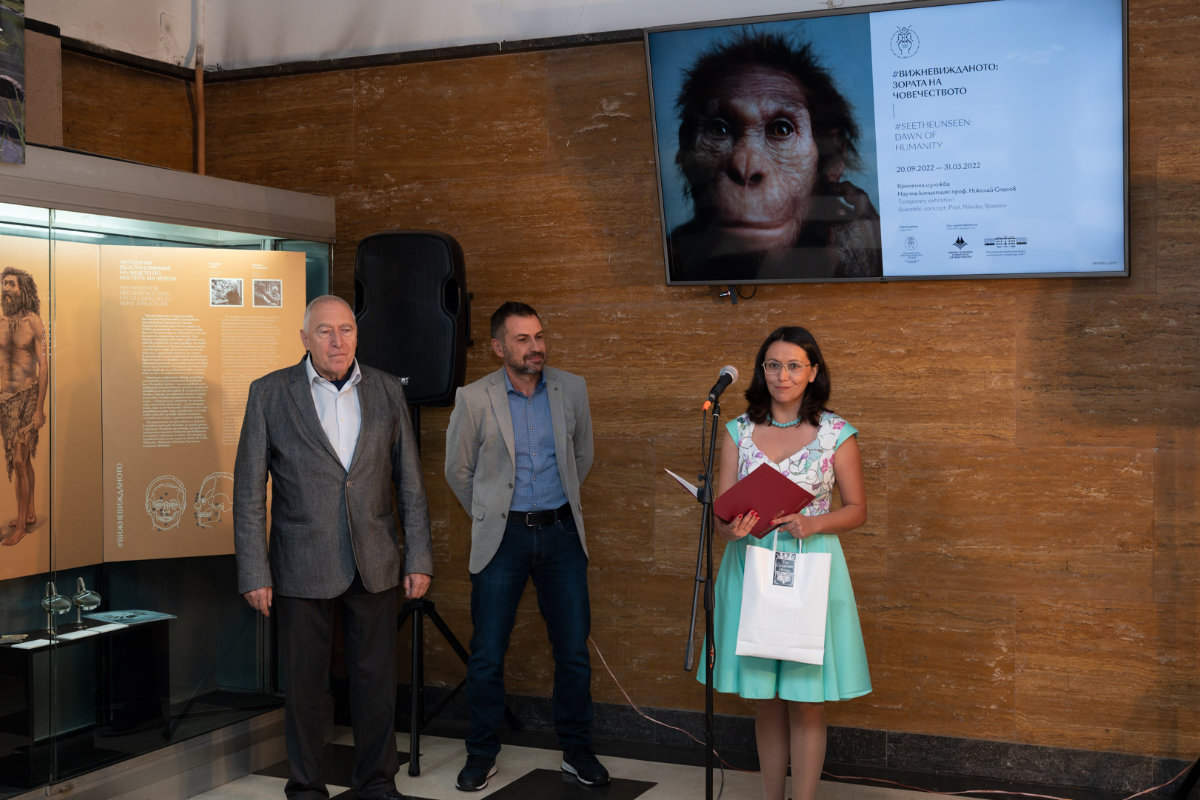 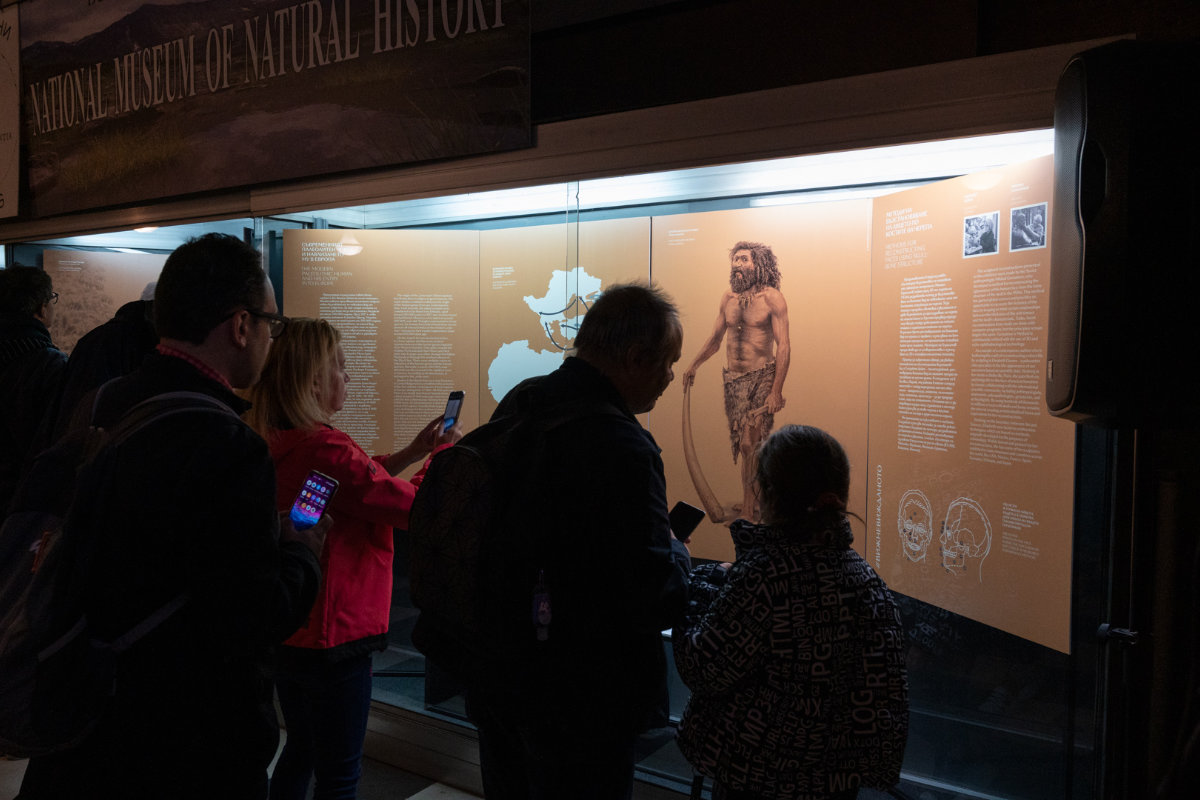 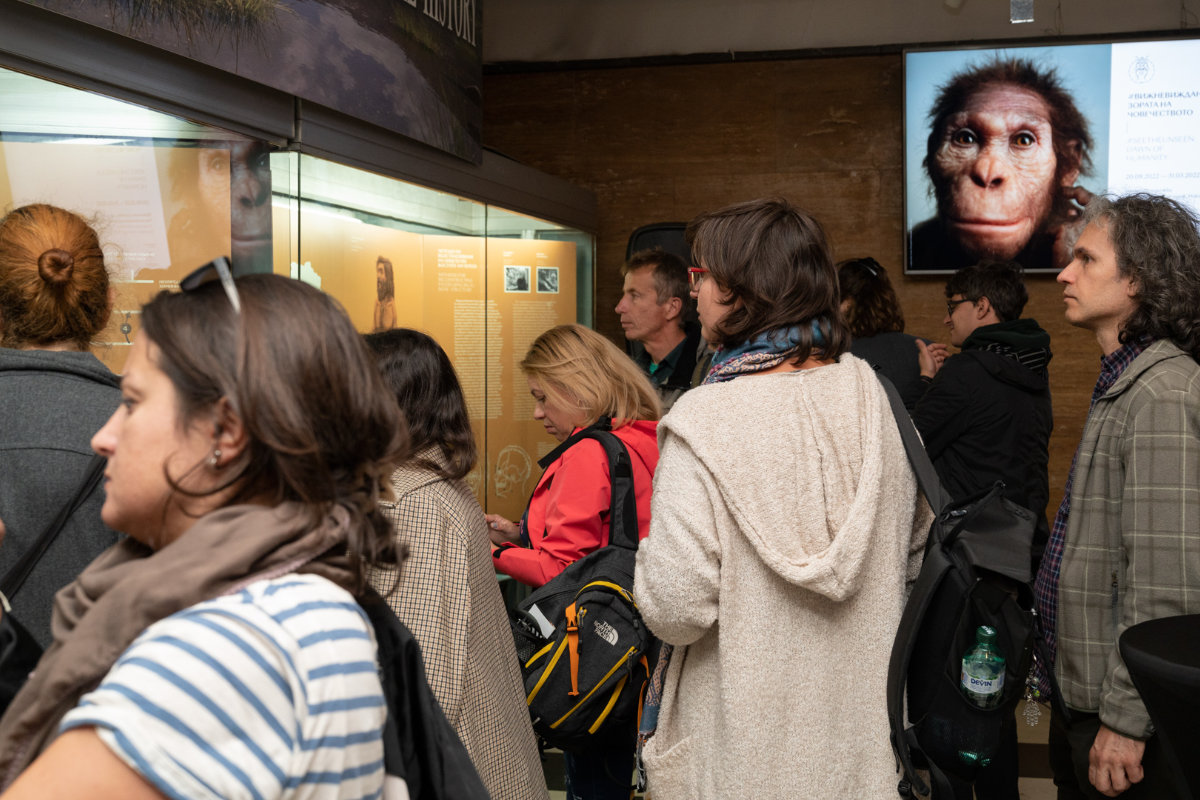 #SeetheUnseen: The Dawn of Humanity in the National Museum of Natural History

On September 20th, 2022, in the foyer of the National Museum of Natural History, Sofia, the museum’s Director, Prof. Pavel Stoev, and the Minister of Culture, Prof. Velislav Minekov, officially opened the exhibition #SeetheUnseen: The Dawn of Humanity — second from the series of temporary exhibitions showcasing hitherto unseen specimens from the museum’s scientific collections.

An official welcome was given by Assoc. Prof. Ina Aneva, Scientific Secretary of the Biodiversity, Bioresources, and Ecology department of the Bulgarian Academy of Sciences.

The exhibition is inspired by the palaeoanthropological discoveries made in Bulgaria and on the Balkans over the last 15 years, which have changed our conception of the first steps of humanity — those of the pre-humans standing in the beginning of the human evolutionary line, as well as those of the first modern humans inhabiting Europe. Among the specimens is a femur fossil that has not yet been published in scientific papers, said Prof. Spassov during the opening, and noted that this creature is actually among the most serious candidates for our first ancestor. The most cutting-edge scientific data from the areas of palaeoanthropology, palaeontology, and palaeogenetics have been used, together with discoveries made in Bulgaria that show the role of the Balkans in human evolution. With this, Prof. Nikolai Spassov, who is behind the scientific concept of the exhibition, justifies the motto of the #SeetheUnseen series, since the presented fossil specimens or copies of them have not been found and cannot be seen anywhere else in the world.

The exhibition is presented in three modules dedicated to three main stages in human evolution: the first upright pre-humans, the evolution of the human genus, and the appearance of the first modern humans (Homo sapiens sapiens) in Europe and their relationships with the preceding ‘Europeans’ — the Neanderthals. The Balkans lie at the crossroads of three continents — Europe, Asia, and even Africa. This awards them the role of eternal crossroads of human migration and culture clashes. As a result, around 46 000 years ago, they became a ‘portal’ for the first modern humans to enter Europe. What is more, scientific data increasingly supports the hypothesis that it was not Africa, but the Balkans that served as the ‘cradle of humanity,’ and that the first representatives of the human family who acquired an upright stance and walk emerged here.

The exhibition was created by an NMNHS team under the direction of Prof. Nikolai Spassov, with the participation of Nora Karalambeva and Ralitsa Konyovska, with aid from Rosen Spassov and the assistance of the National Archaeological Institute and Museum, Sofia, and the ‘St. Ivan Rilski’ University of Mining and Geology.