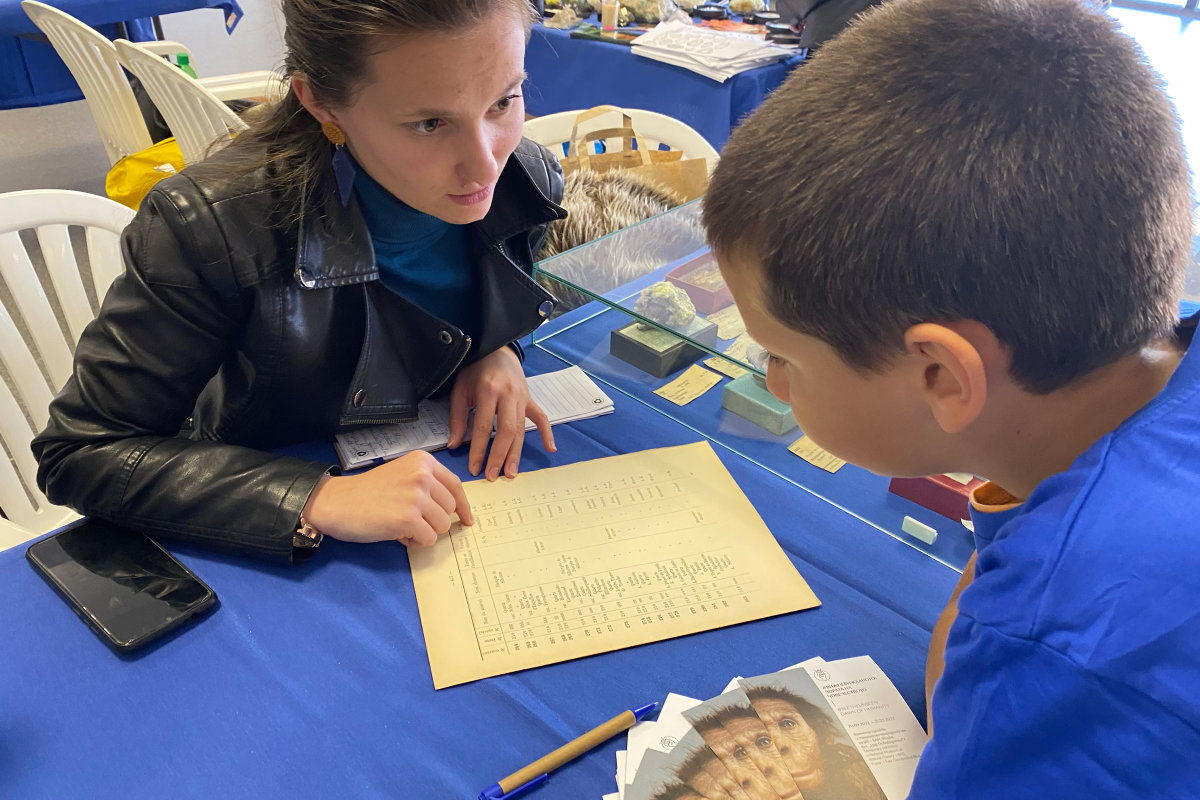 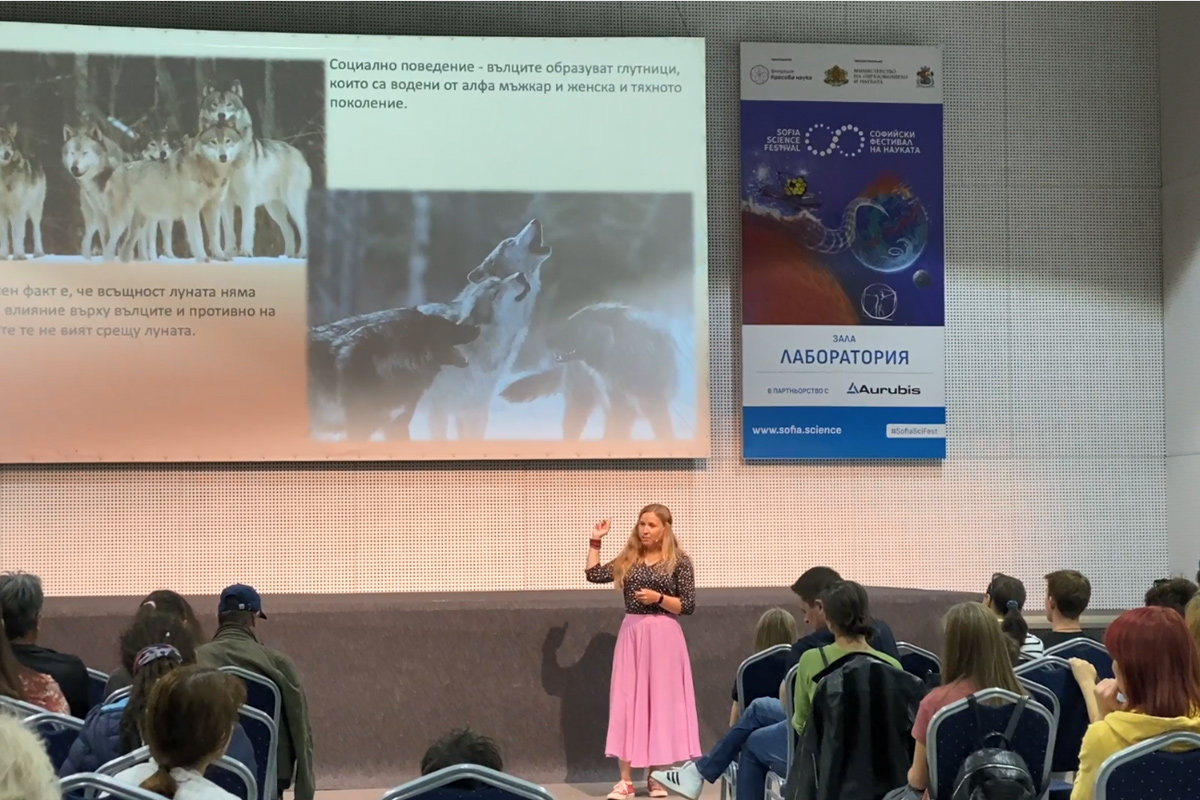 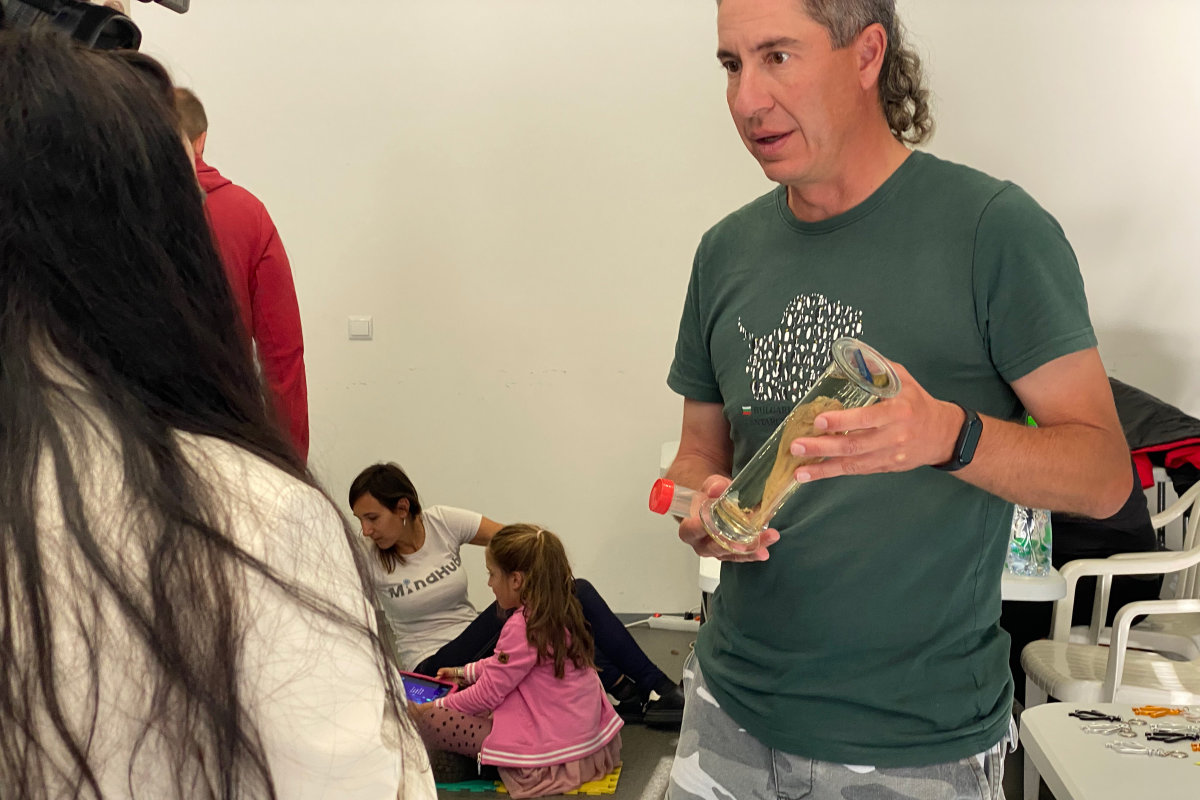 On the 8th and 9th of October, 2022, the 12th Sofia Science Festival took place in the Sofia Tech Park and once again gathered Bulgarian and foreign scientists to present the results of their research, explain known phenomena, and demonstrate how they influence our lives.

Assoc. Prof Tihomir Stefanov, ichthyologist at the NMNHS, participant in the 28th Bulgarian Antarctic expedition, and a member of the Association of Polar Early Career Scientists (APECS) presented preserved specimens brought from the Antarctic. Among them were different species of fish found only in the Antarctic, 7 of which are found in the area around the Bulgarian Antarctic base.

Sen. Assist. Dr Nadezhda Karastoyanova, archaeozoologist at NMNHS, took part with a presentation on a stage with the theme From apex predator to pet — history of the domestication of dogs. Dr Karastoyanova spoke about the first evidence of a relationship between humans and dogs and of how the analysis of dog remains from archaeological sites and DNA analyses in the last years have directed scientists towards new hypotheses on dog domestication.