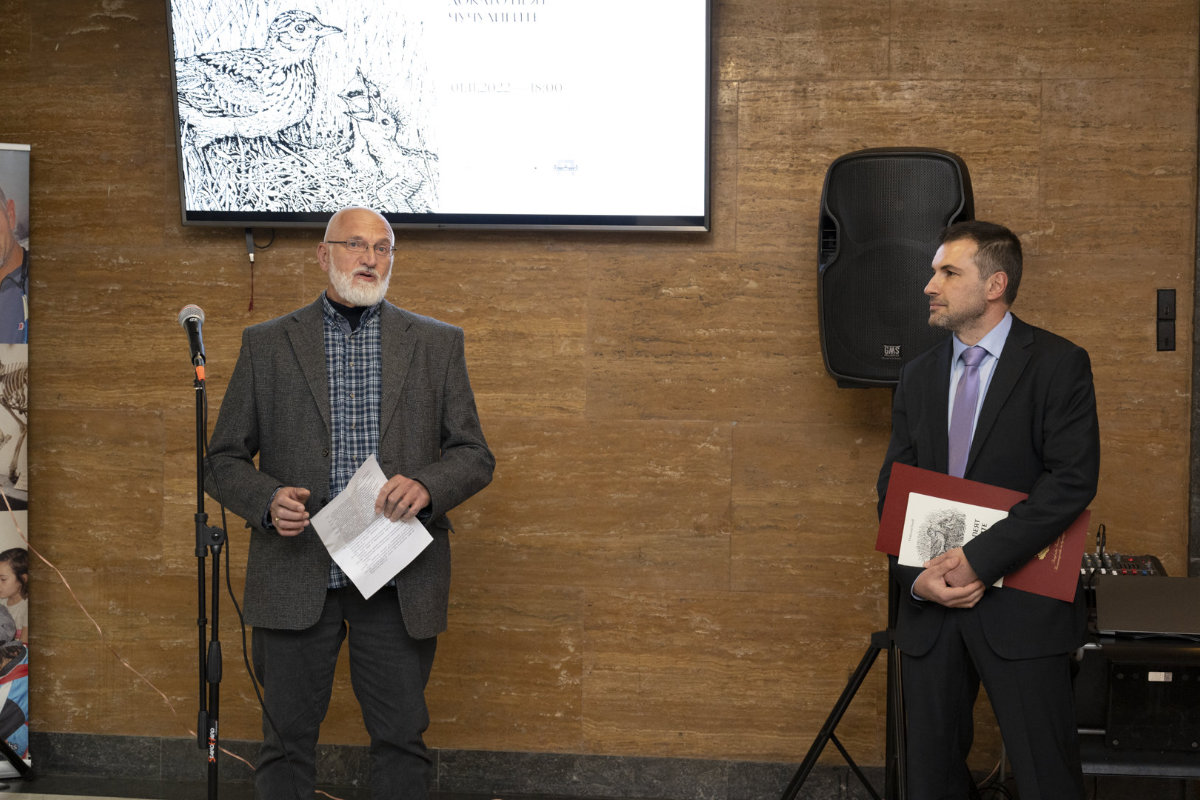 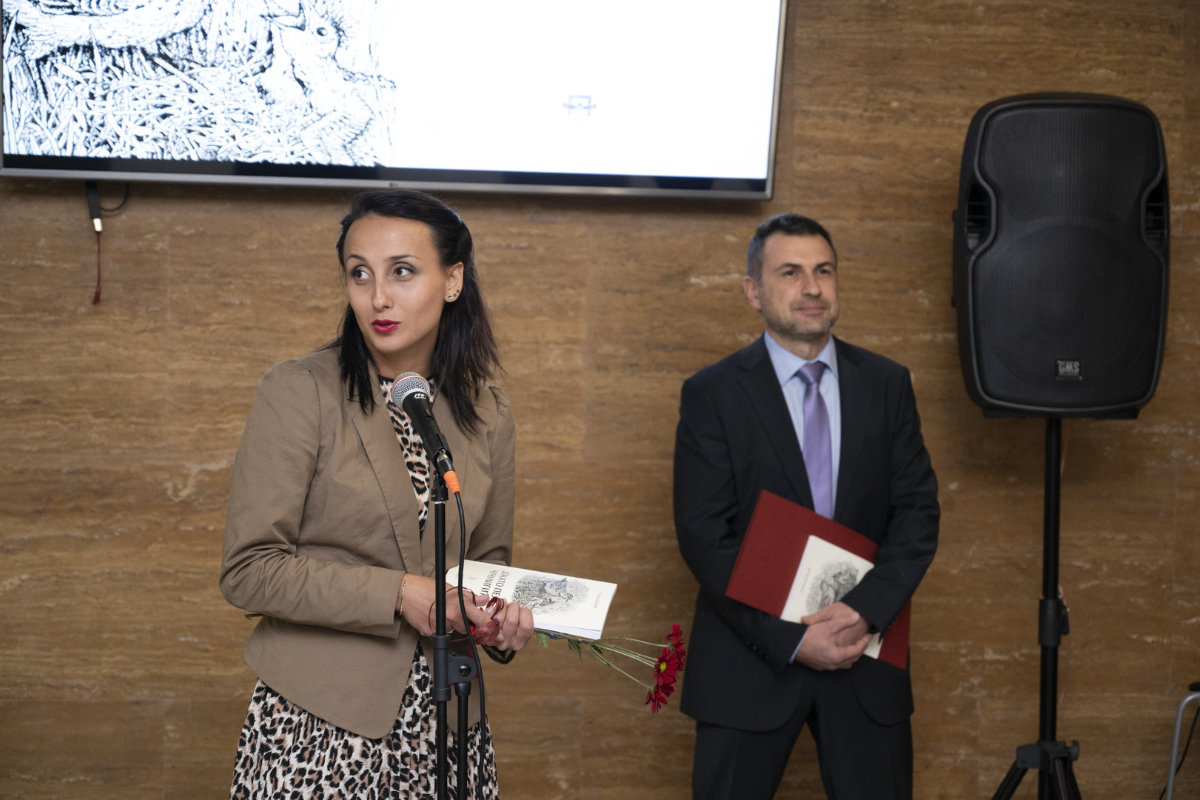 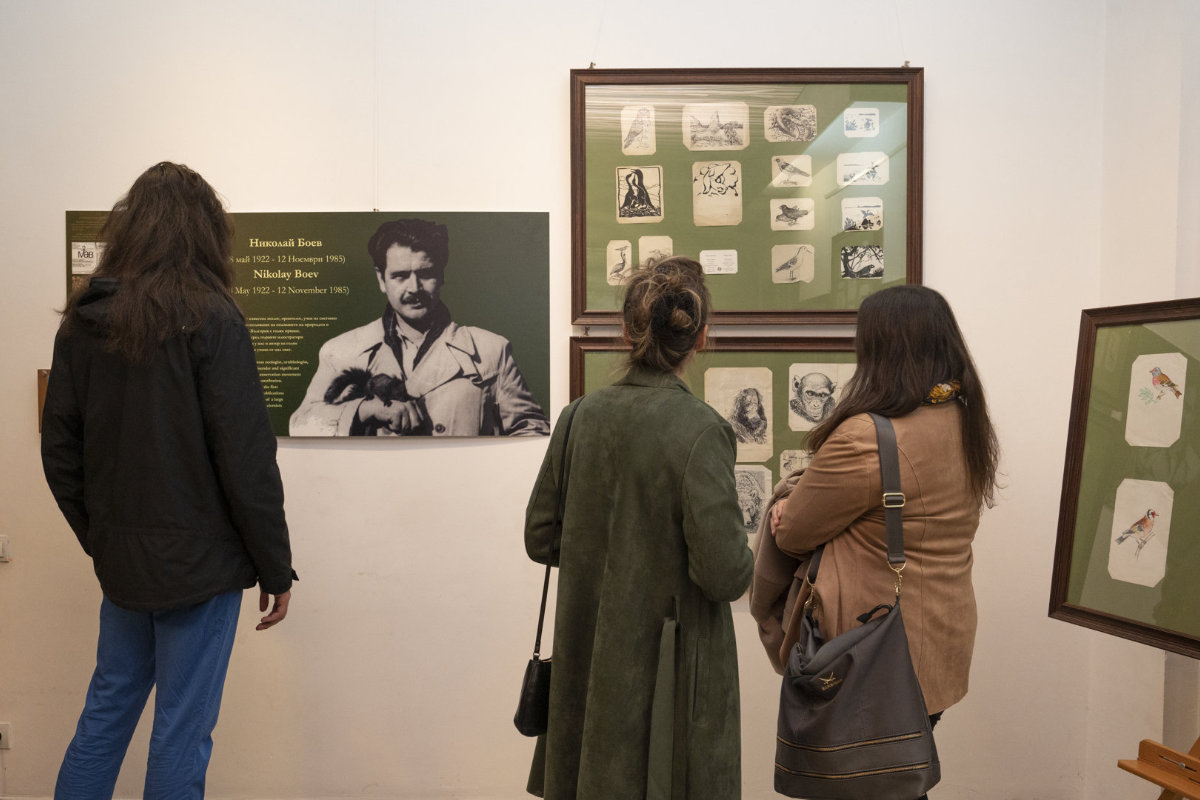 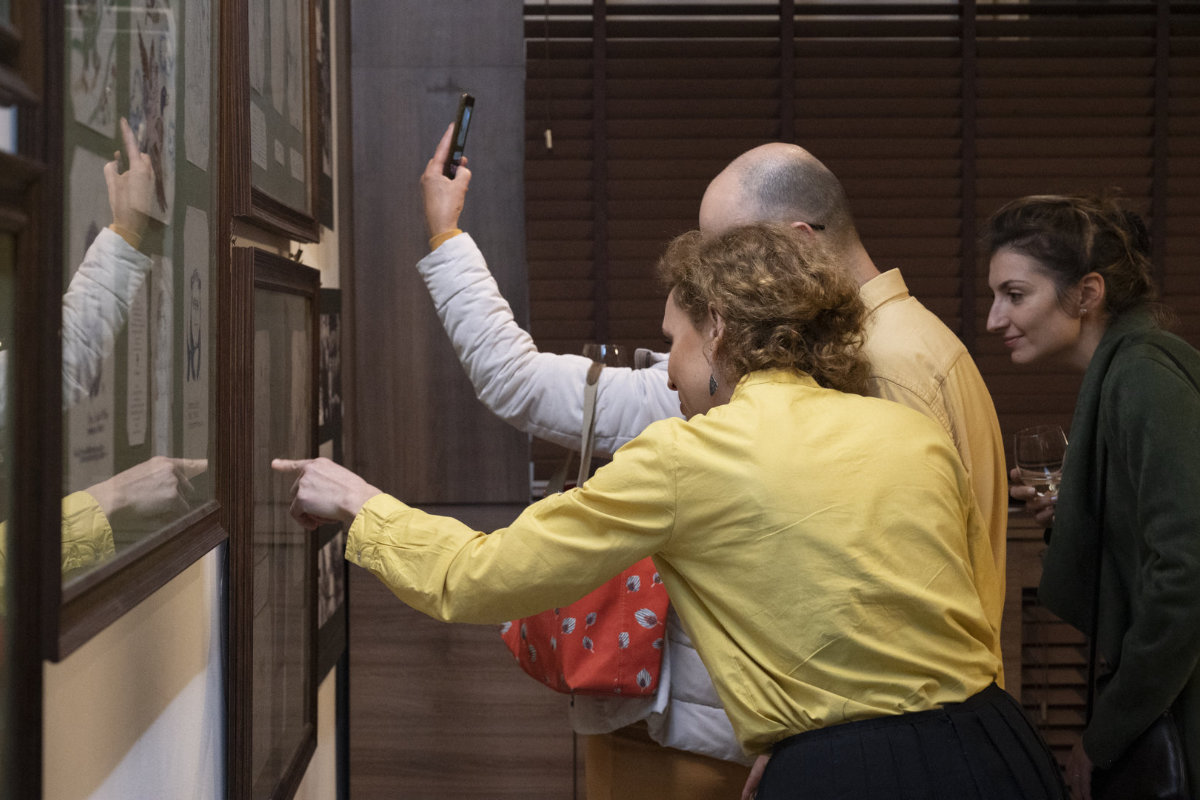 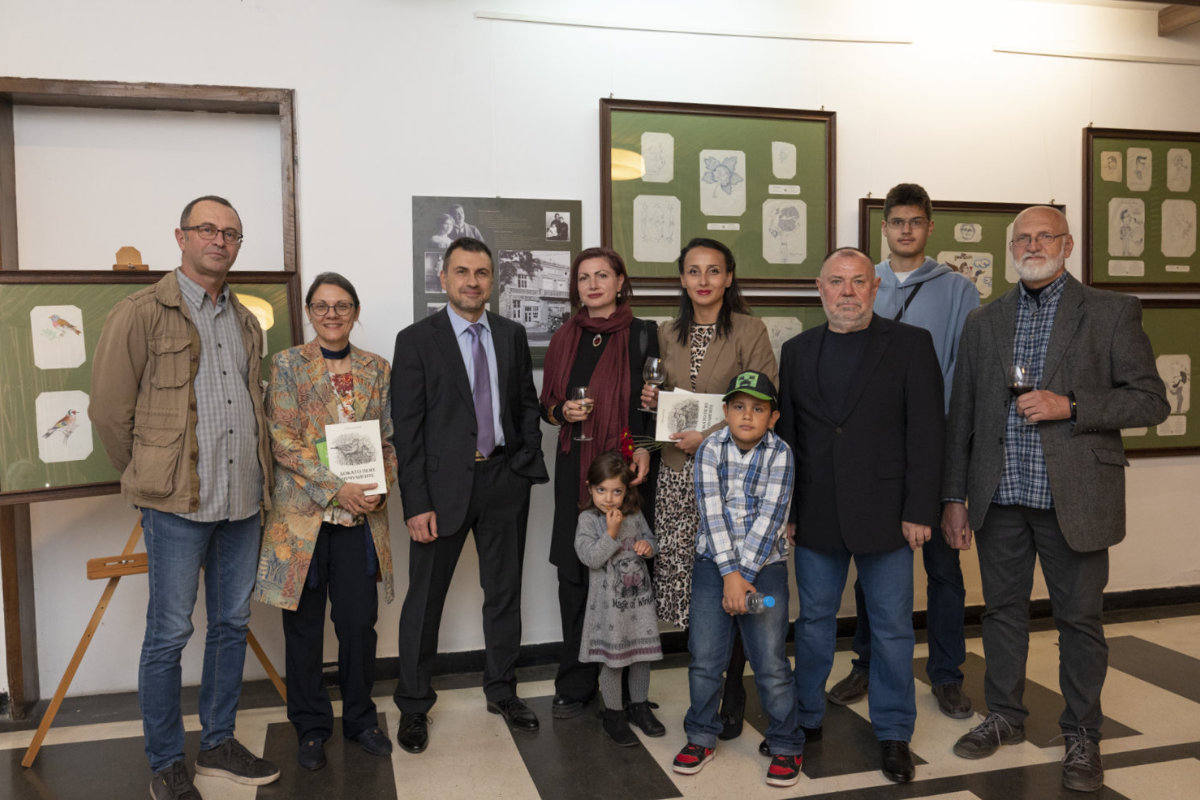 The National Museum of Natural History, Sofia honours 100 years from the birth of zoologist Nikolay Boev

On the Awakeners’ Day, November 1st, the new edition of Nikolay Boev’s book, collecting nature conservation-themed essays, While larks sing, was presented in the foyer of the National Museum of Natural History, Sofia (NMNHS). The event was accompanied by an exhibition of original drawings, illustrations, and caricatures from the author’s personal archive. Both events are dedicated to the 100-year anniversary of the author’s birth and are organised with the joint efforts of the NMNHS, the Regional History Museum, Sofia (RHMS), and the Society of Animalists, Florists, and Scientific Illustrators (SAFSI), and with the special support of the author’s descendants, Prof DSc Zlatozar Boev and Assoc. Prof Dr Tsvetana Popova.

The book was presented by the Director of NMNHS, Prof. Pavel Stoev, artist Georgi Pchelarov, initiator of the idea, a chairman of the Administrative Board of SAFSI and a friend of Nikolay Boev, Prof Nikolay Spasov, the author’s student and follower, and Prof Zlatozar Boev, editor of the new edition and son of the author. Curator of the exhibition, Hristina Grozdanova, who is also the main curator of RHMS, presented the idea and the work involved in preparing and creating the exhibit.

The first edition of While larks sing is one of the most beloved books for generations of ecologists, written by the founder of contemporary nature conservation in Bulgaria, Assoc. Prof Nikolay Boev. The book includes seventeen essays and the author’s preface, all published in the first edition in 1971, to which a new preface by Prof Zlatozar Boev has been added. In it, Prof Boev notes with amazement that even 51 years later, the ideas in those short stories, overflowing with love for nature, are still relevant today, despite our several new and expanded nature conservation laws, despite Natura 2000, the two editions of our Red Book, our significantly expanded network of national parks and nature reserves, and the dozen universities that train students in protecting nature. On the book’s cover we also find the symbolic continuation of the idea of nature conservation across generations — the illustration of an Eurasian skylark (Alauda arvensis) created by the author’s grandson, Zlatozar Zl. Boev.

Each essay from the current second edition is illustrated with specially created artworks by some of our greatest contemporary animal illustrators — Georgi Pchelarov, Ventsislav Krastev, Denitsa Peneva, and Assen Ignatov.

The exhibit of works by Nikolay Boev, revealing his rich and varied work as a public figure, illustrator, zoologist, and world-renowned scientist, can be viewed from November 1st, 2022 until January 23rd, 2023 in the museum’s Leventis hall. The exhibit is presented in the partnership with the Regional History Museum, Sofia and the Society of Animalists, Florists, and Scientific Illustrators.

The book While larks sing can be bought from the museum’s shop on 1 Tsar Osvoboditel Blvd.