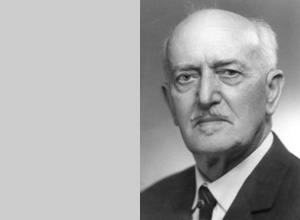 The National Museum of Natural History at the Bulgarian Academy of Sciences has a history of more than one hundred and thirty years. It is the oldest museum in Bulgaria and the oldest and richest among the natural history museums on the Balkan Peninsula. It was founded in 1889 by the Royal Prince Ferdinand under the name Royal Prince’s Natural History Museum. At first it used to accommodate Prince Ferdinand’s personal collections of birds, mammals and butterflies. The first curator of the museum was the court doctor Dr Paul Leverkühn who was a famous ornithologist. He organised the first exposition in 14 halls on two floors in an old building where today’s museum stands and it was opened for visits in 1907. That year the first and until now the only full catalogue of collections was issued listing several thousand exhibits of that time.

Until WW I the museum added collections mainly from abroad, given as present or bought from famous foreign collectors and travellers: Count Amédée Alléon, Emil Holub, Stewart Baker, Josef Haberhauer, Julius Milde, etc. In the next decades almost all private collections of animals and plants were contributed by the first Bulgarian geologists such as Nikola Nedelkov, Petar Tschorbadjiev and Dimitar Ioakimov, Ivan Neitscheff, Ivan Urumoff and Anani Javascheff, Prof. Georgi Zlatarski and Rafail Popov.

The museum underwent particularly intensive development under the management of Dr Ivan Buresch, member of the Bulgarian Academy of Sciences, who run the museum from 1914 to 1959. At that time it was called the Royal Museum and laid the foundations of the Royal Natural and Scientific Institutes established in 1918. Expeditions to all Bulgarian mountains and to the neighbouring Balkan countries were organised to enrich the museum collections. Many new animal and plant species were discovered. The museum turned into the main centre of studies on natural sciences in Bulgaria. A journal of great international authority started to come out. Today’s four-storey building, which harbours collections from 1936, is the only building in Sofia constructed for a museum. It was destroyed during the WW II bombings but the collections were preserved due to their timely evacuation.

After the war the building was restored to its previous condition and the new exposition was opened for visitors in 1948. That year the museum was renamed Museum of Natural History. During the reorganisation of the Bulgarian Academy of Science in 1947 it was the first institution to become a division of the Academy. The same year, on the basis of the museum collection three new academic institutes were established — Zoological, Botanical and Geological. Only the zoological collections remained in the building. Later, a period of regress ensued when the museum was closed for visitors and the exposition was limited to 9 halls from the previous 22.

Such is the state of the museum until 1974 when a director became Academician Ivan Kostov. Thanks to its undisputed authority and tireless efforts, he managed to procure the Council of Ministers to adopt a decision on the restoration of the museum as an independent scientific unit with national statute. Since then, the museum has its current name. The exposition enlarged, occupying 16 halls, once again exhibiting minerals, rocks, fossils and plants and the animal halls were arranged in a contemporary manner. After the museum gained its independence, the number of employees increased over two times and the number of publications per year went up several times. Once again a museum library was established and a new museum journal started coming out. In 1990 a Palaeontological Museum was established as a branch of NMNHS in the town of Asenovgrad.