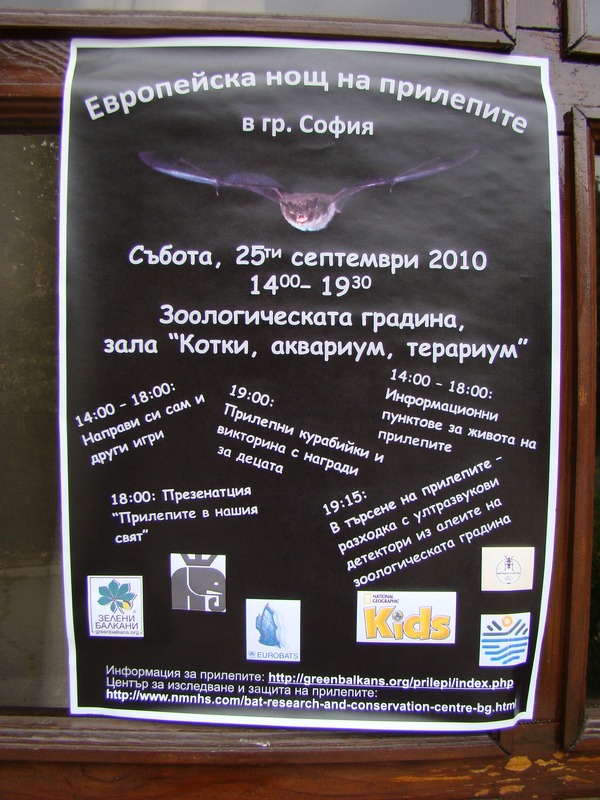 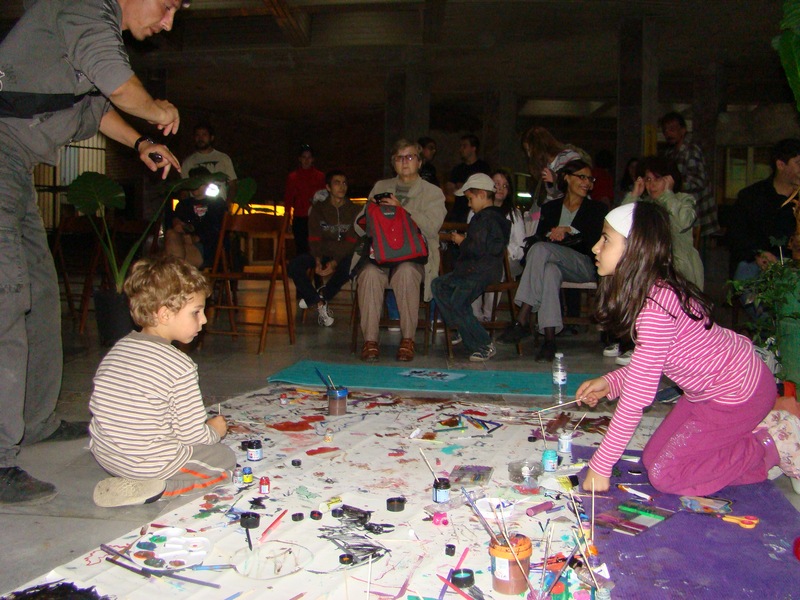 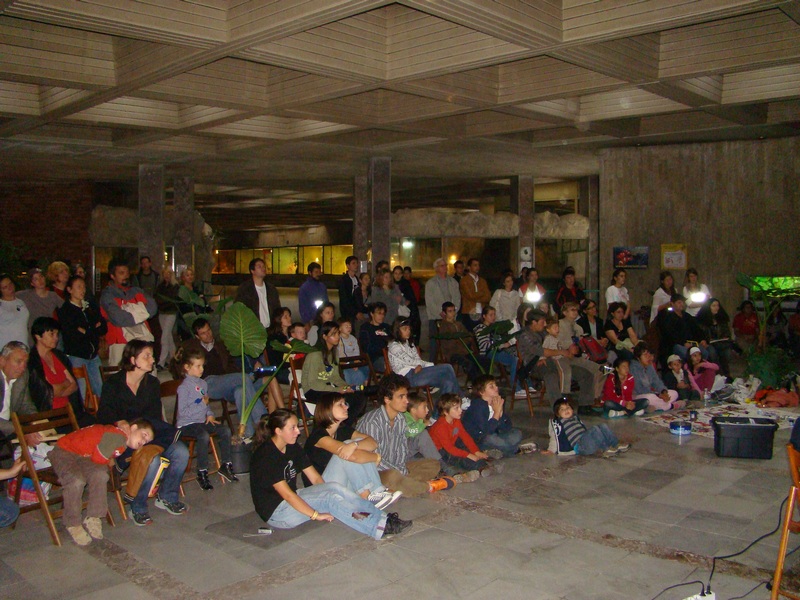 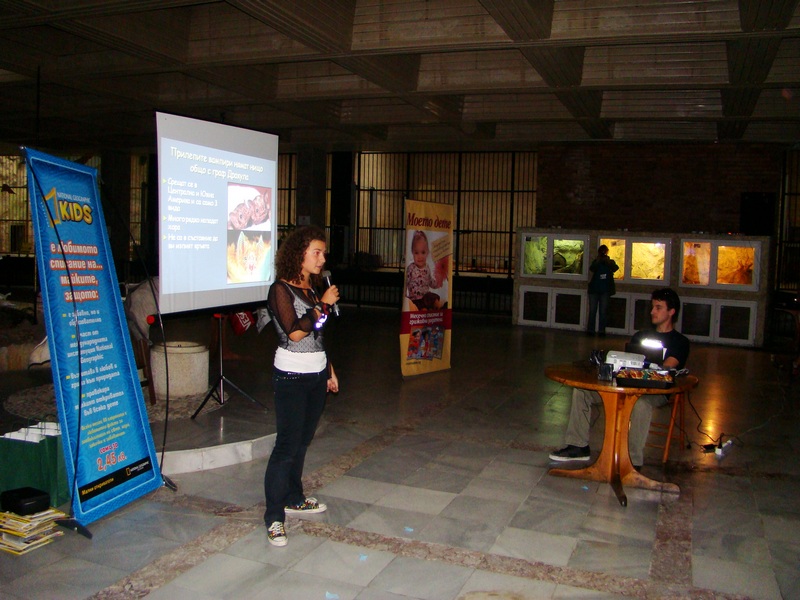 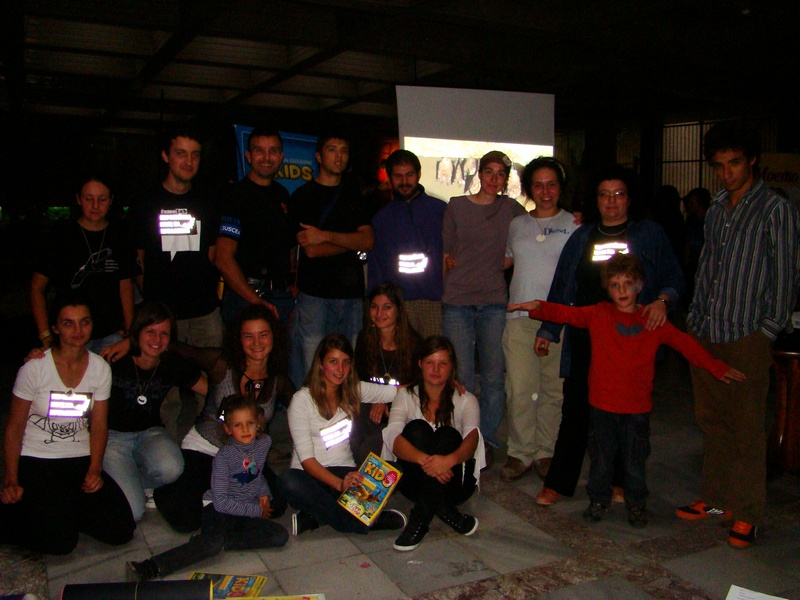 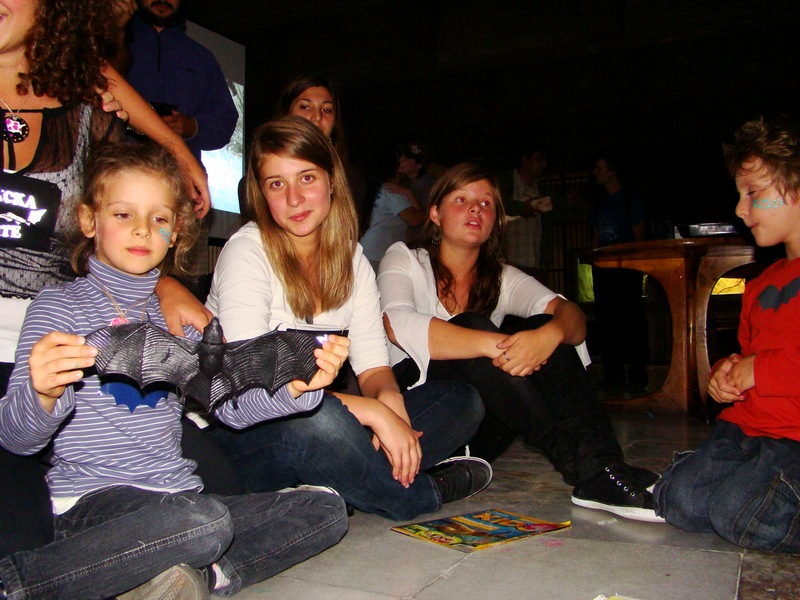 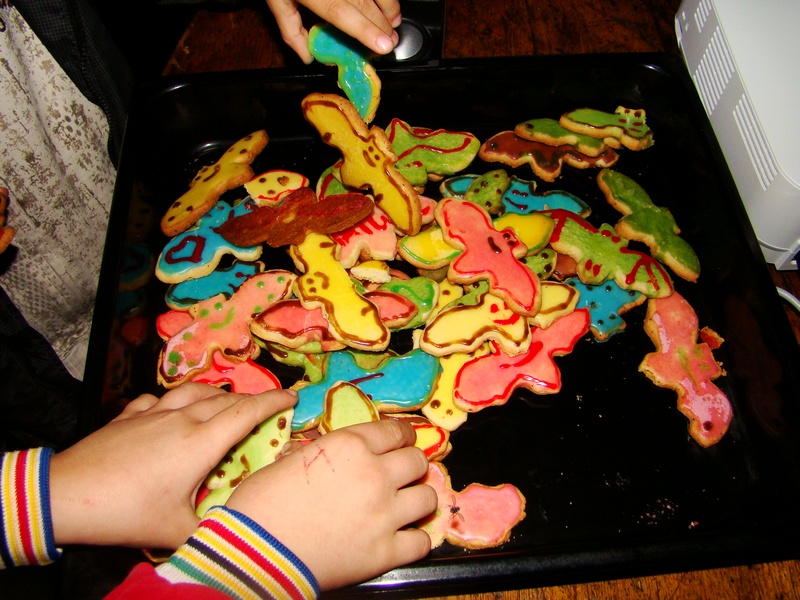 On 25 September 2010, between 14:00 and 20:00 hours, for the fourteenth consecutive time a European Bat Night took place at the Sofia Zoo. As in 2008 the hall 'Cats, aquarium, terrarium' was chosen for the venue of the event. The organisers were the Bat Research And Conservation Centre at the NMNHS, with the support of the Sofia Zoo and the help of many friends. The main sponsor was National Geographic Kids — a magazine for young explorers. For the first time in public spoke a group of students, which this year was trained to work with bats under the guidance of Boyan Petrov. Energetic and enthusiastic, Vladimir Karadakov, Nia Toshkova, Teodora Georgieva, Iliana Alexandrova, Severina Velkova, Violeta Zhelyazkova and Stoyan Goranov gave everything to tell the visitors the astonishing world of the flying mammals.

The first part of the Night took place in the form of an educational fair. Several information posters presented various aspects of the life of the night swallows, and methods for their study. The visitors had the opportunity to photograph themselves next to a life size replica of the largest bat in the world, to understand which bat weighs a jellied bear, and to construct a bat house, which they can take to their yard. For the smallest a workshop was organised, where with paint and coloured paper the children shared how they see the flying mammals in their imagination. At 18 hours Nia Toshkova officially opened the Night and Violeta Zhelyazkova gave a multimedia presentation about the diversity, specific features, conservation status and the threats lurking handwinged in Bulgaria and abroad. All listeners had the pleasure to taste the traditional cookies in the shape of a bat, and curious kids answered questions with prizes. A special interest caused a tour with ultrasonic detectors, led by Vladimir Karadakov and Stoyan Goranov, which proved that bats are actually all around us.

Conducting the annual European Bat Night aims to change the negative public attitude towards these animals and is part of the commitments made by our country under the EUROBATS agreement for the conservation of European bat species populations. For the first time this year the event has been hosted in six Bulgarian cities.