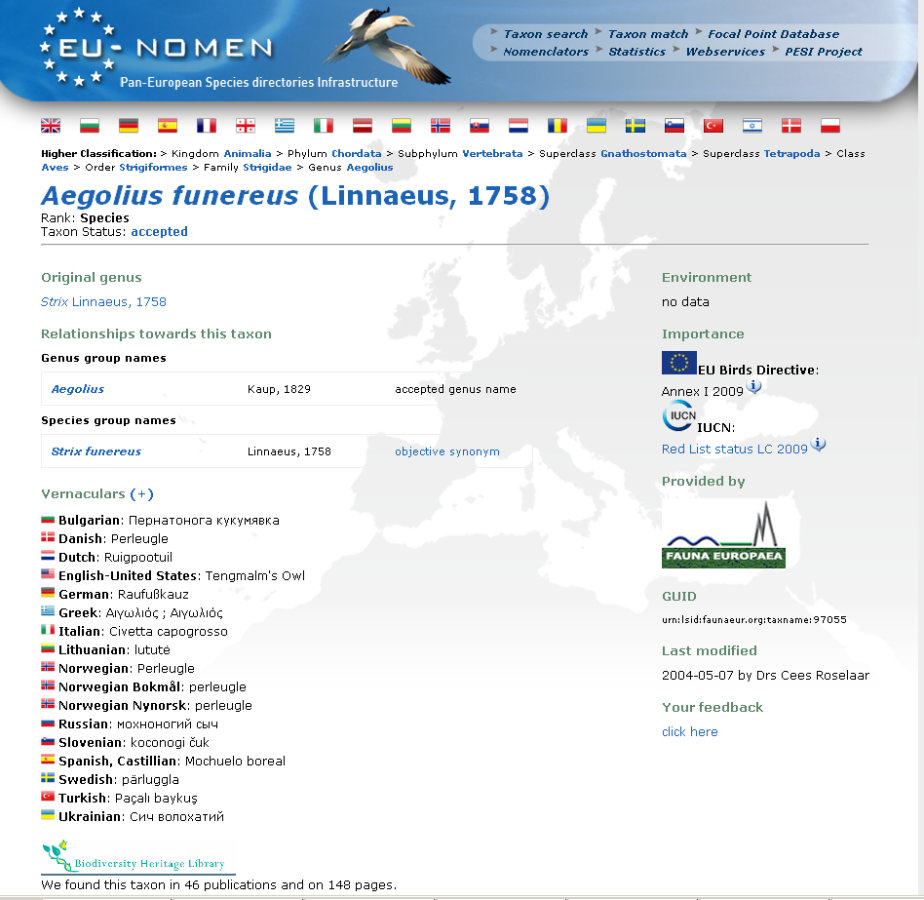 The PESI project is pleased to announce that the PESI web portal was officially launched on April 18, 2011 in the Hortus Botanicus, Amsterdam, the Netherlands. For the first time in history all scientific names of the European plants, animals and fungi occurring on land, in seas and fresh water, are readily available through a single Internet site. This public service, available in 21 European languages, covers more than 440,000 scientific taxon names, including 240,000 accepted species and subspecies, 140,000 vernacular names in 89 languages and over 6 million distribution records.

The project's outcome is above expectation, due to the established synergy between the various research communities, the involvement of so many different countries and the highly innovative nature of the developed infrastructures. The PESI portal, as a regional species information service, hosted at the Flanders Marine Institute, is an unparalleled effort in the world so far, considering the quantity and quality of the released data set and the sophisticated search routines.

The PESI portal provides a unique information service for many user-groups and is an important tool for all kind of biodiversity management. These users include: government ministries; public and private water, air, and soil management agencies; the conservation community at large; customs and other law-enforcement agencies; government statistical bureaus; the agricultural, forestry, fisheries and ecotourism industries; plant protection, veterinary and human health services; the scientific community at large; biodiversity collection and information management institutions; the popular scientific publishing community; and activities involved in teaching on all levels.

The Community Biodiversity Strategy of the European Commission states that gaps in our knowledge of the species in Europe exist at all levels. As a basic tool, taxonomic information is of primary importance, but up until now it was scattered and not easy to access. To address these concerns, the PESI portal has been established to provide an integrated overview of the current knowledge of our European species, to pinpoint the areas in which knowledge is lacking, and provide a gateway for further scientific research.