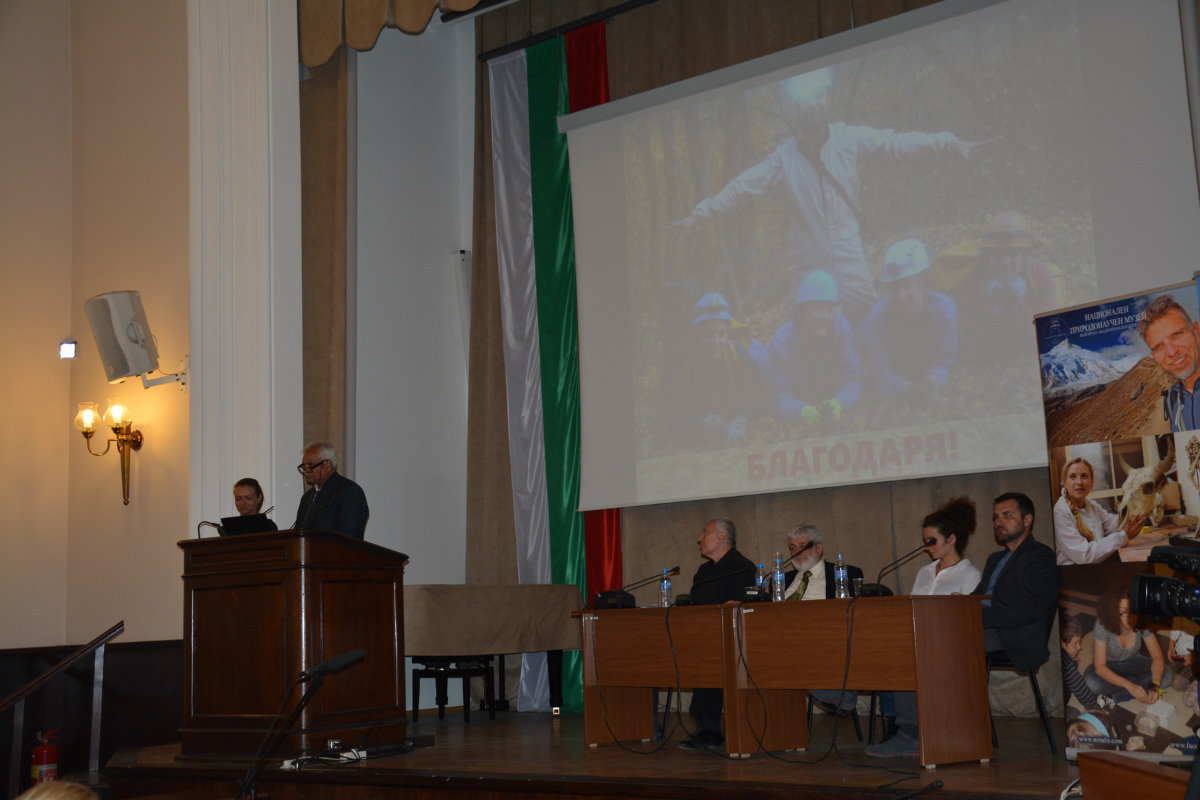 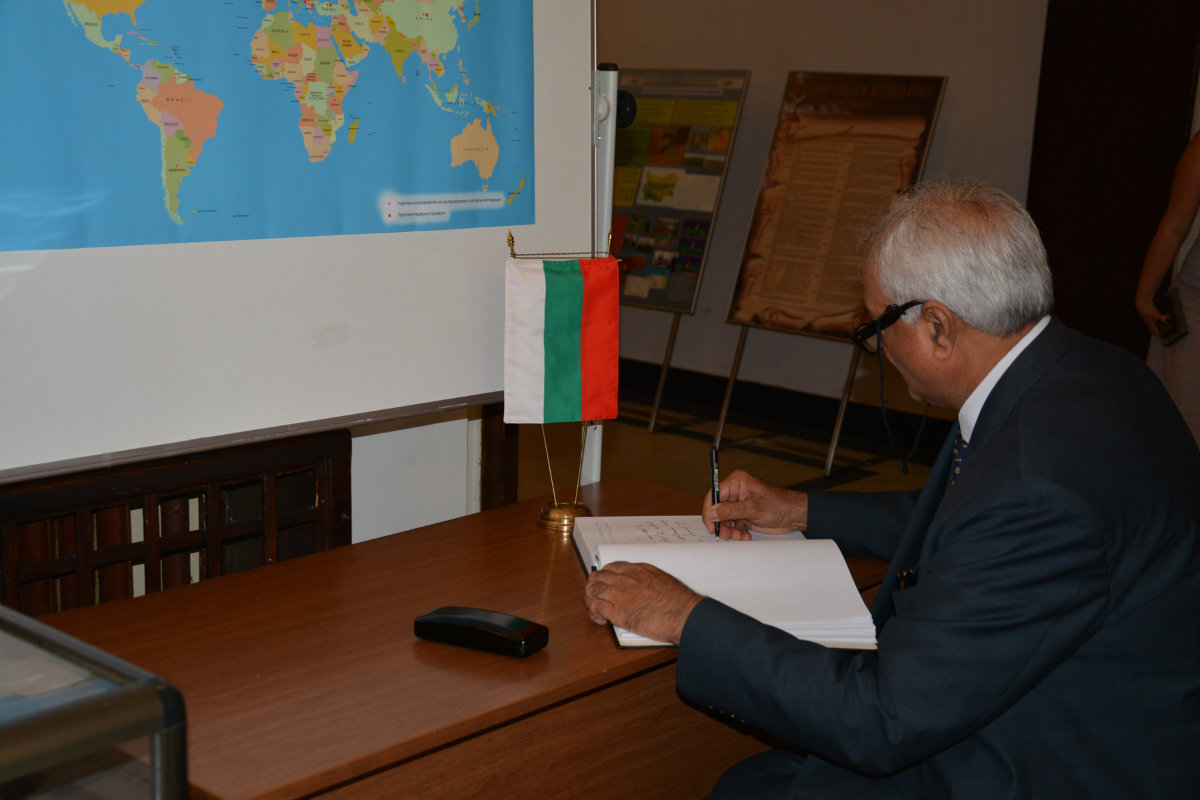 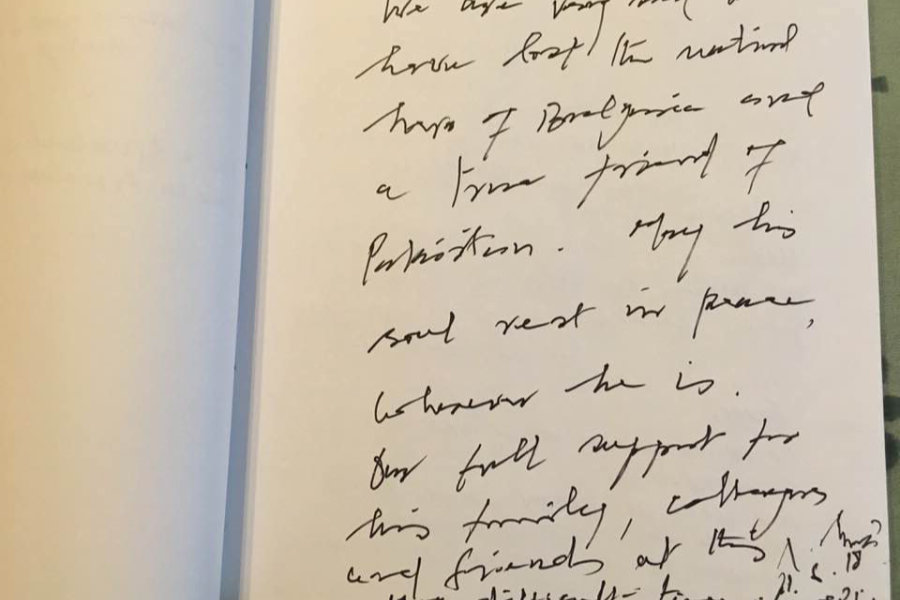 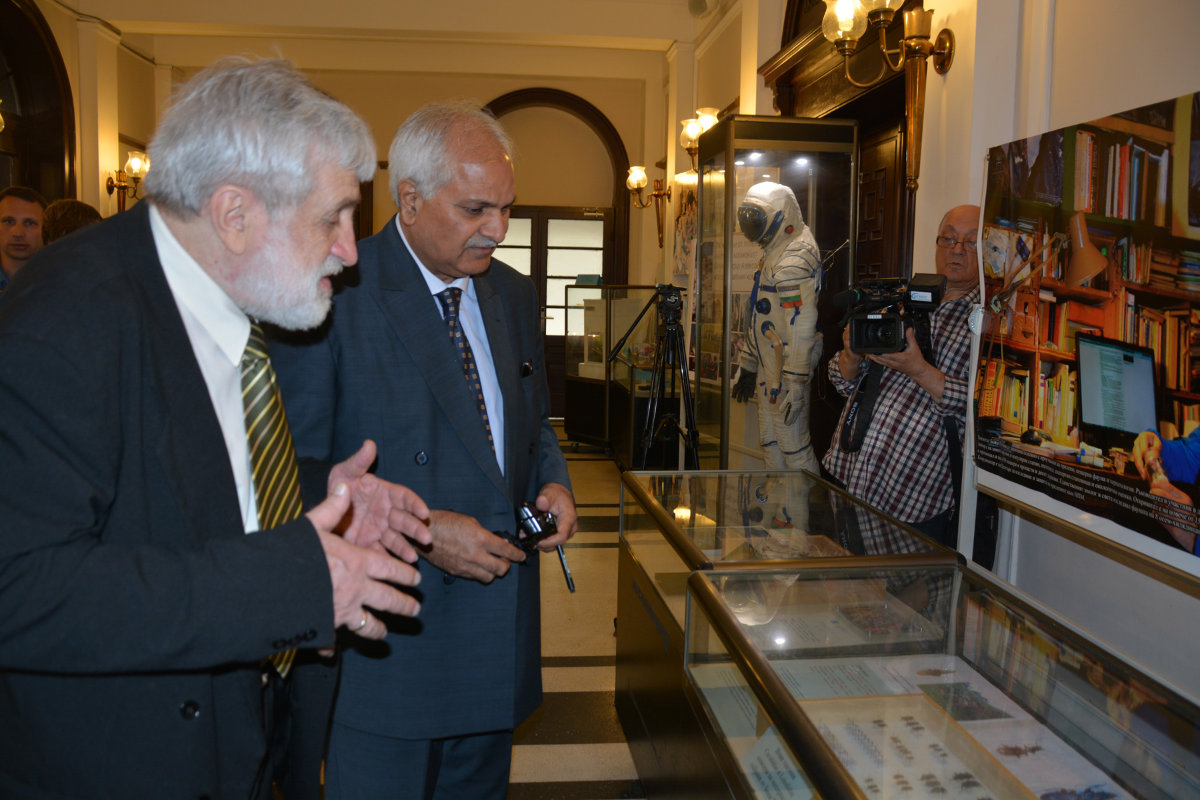 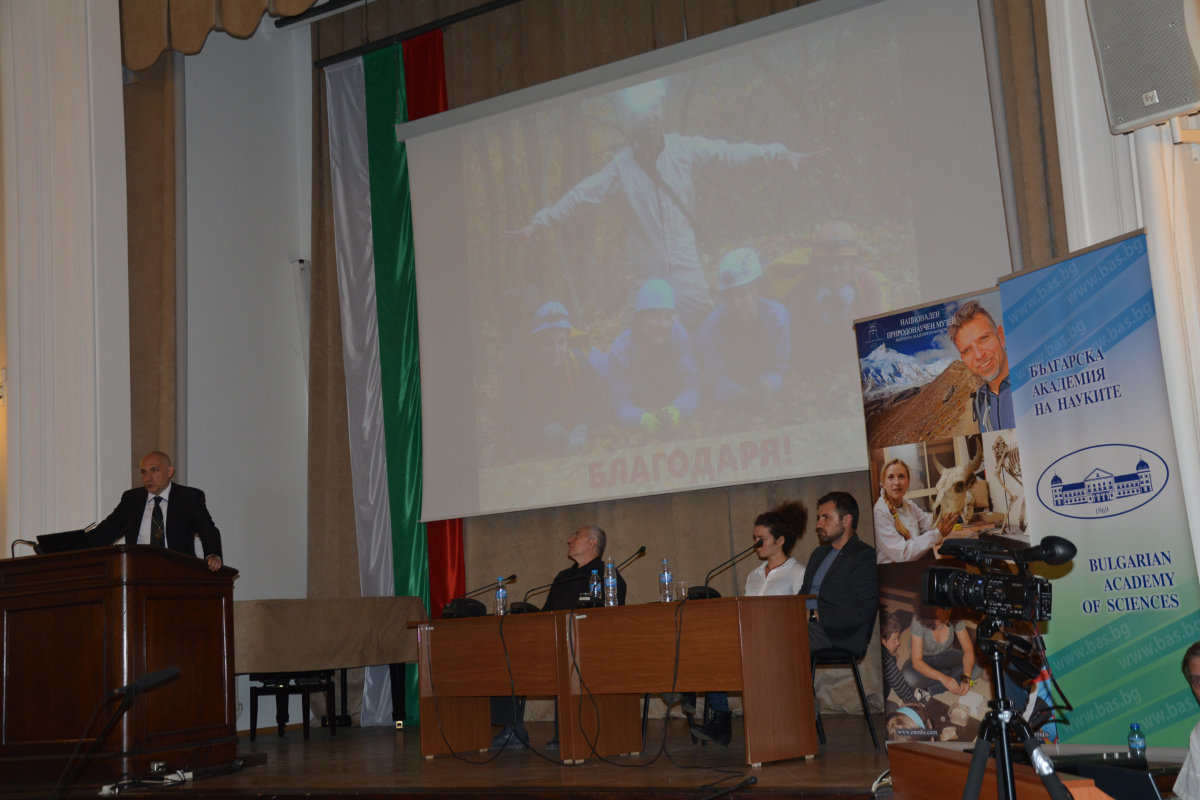 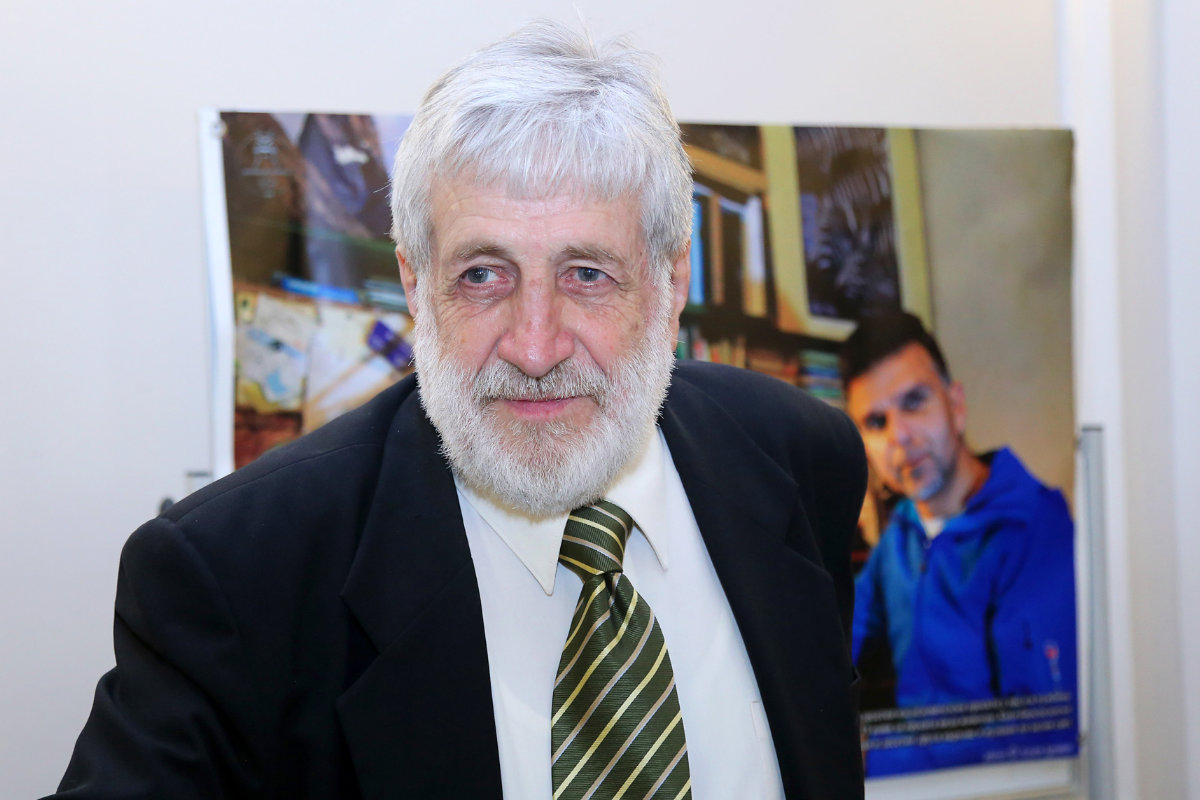 A tribute to the scientist Boyan Petrov

The scientific research and the participation of Boyan Petrov in projects related to environmental protection were presented by his colleagues in ‘Prof. Marin Drinov’ hall at the Bulgarian Academy of Sciences. The meeting for the great Bulgarian mountaineer and researcher has been organised by the National Museum of Natural History at the Bulgarian Academy of Sciences, where Boyan Petrov worked for 20 years.

Boyan was a dreamer who wanted to reach the heavens, reached them, and stayed there. The purpose of today’s meeting is to present him as a friend, a zoologist with his contributions, said the director of the museum Prof. Nikolai Spassov.

Boyan’s scientific supervisor, Dr Petar Beron, told about the young zoologist’s first steps in science and the beginning of his research work. Beginning with a study on pseudoscorpions in Bulgaria, Boyan soon took the lead of his head and was involved in expeditions to various parts of the world for collection of zoological specimens. The materials brought by Boyan are extremely valuable to science because they are collected from places that are hardly accessible to a zoologist without very good physical training. He leads very detailed and accurate notes from his expeditions, which are a valuable contribution to science and remain available to his colleagues, Dr Beron added.

Prof. Pavel Stoev from the National Museum of Natural History — a colleague and close friend of Petrov since his childhood, told how Boyan’s interests in science were born. He presented their joint research on the study of fauna in caves and precipices in Bulgaria and around the world, the study of the underground surface environment and the herpetofauna in the country. Boyan Petrov is the author and co-author of six books, 40 scientific publications, 35 popular articles, and the data from his field diaries are yet to be used by the scientists, Prof. Stoev said.

The PhD student Violeta Zhelyazkova told about her collaboration with Boyan Petrov at the Bat Research And Conservation Centre at the National Museum of Natural History. Under the leadership of Boyan, the centre has reached its greatest development by gathering and training dozens of fieldworkers from all over the country.

Boyan Petrov is among the few Bulgarian zoologists who collected from 5000—6000 metres high. He has brought to the National Museum of Natural History dozens of specimens of animal species to be explored. Part of the collection was presented at the Bulgarian Academy of Sciences and from 25 June will be exhibited in the lobby of the NMNHS-BAS as a temporary exhibition. After processing all the materials collected by Boyan Petrov, they will be exhibited in the permanent exhibition of the National Museum of Natural History.

Six species of animals were named in honour of Boyan Petrov — the centipede Balkanopetalum petrovi Stoev & Enghoff, 2003 (caves in the Eastern Rhodopes), the wood louse Trichoniscus petroviAndreev, 2002 (from caves in the Western Rhodopes), the beetles Gueorguievella petrovi Giachino & Gueorguiev, 2006 (from caves near Smilyan, Smolyan region) and Eustra petrovi Gueorguiev, 2014 (from cave in Yunnan, China), the water snail Belgrandiella petrovi Georgiev, 2014 (from Chuchura Cave near Stanchov Han, Tryavna region), and the bug Scirtetellus petrovi Simov, 2006 (from the high parts of Karakorum near the K2 peak and Broad Peak).

After the presentations, his commitment to the loss of Boyan spoke the Ambassador of Pakistan HE Babar Hashmi and Jerry Gore — alpinist and friend of Boyan. Speaker of the Bulgarian Speleology Federation, Assoc. Prof. Yavor Shopov, announced that the BFS Cave Conservation Commission already has been named after Boyan Petrov. At the meeting in memory of Boyan Petrov at the Bulgarian Academy of Sciences was also the President of BAS Academician Julian Revalski, Boyan’s relatives, many of his colleagues, friends, and associates. In the open memorial book the guests had the opportunity to pay tribute to the memory of the great Bulgarian mountaineer, speleologist and zoologist, the only Bulgarian mountaineer who stood on ten of the 14 highest peaks of the planet.

— Ambassador of Pakistan HE Babar Hashmi’s speech [*.pdf]
— Video from the meeting